Canada’s elite para-cyclists were back in competition mode on Tuesday — a day before the naming of the 2016 Paralympic team — to battle for Canadian time trial titles at the 2016 Global Relay Canadian Road Championships in Gatineau Park, Que. 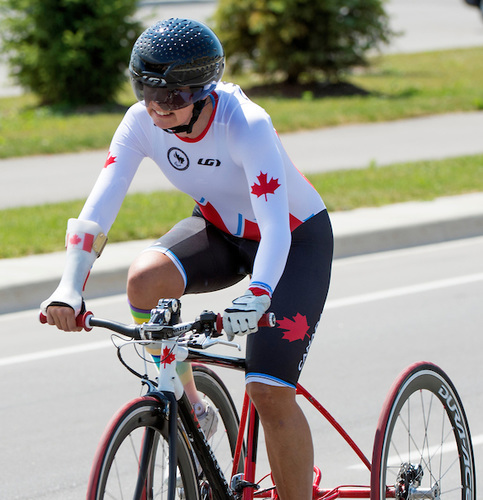 Shelley Gautier will be a tricycling medal contender at the 2016 Paralympic  Games in Rio.

Shelley Gautier (Toronto,Ont.) a 12-time tricycling world champion, prevailed in the 12km combined tricycling time trial with a time of 32:32.61. The Toronto, Ont. native, who competes in the female T1 class, will likely receive her second invitation to complete at the Paralympic Games on Wednesday afternoon. She finished 11th in the time trial and 14th in the road race in London.