Gautier, who had earlier won the women’s T1 category time trial, won the 24.3 kilometre road race with a time of one hour, one minute and 41 seconds, finishing a lap ahead of Toni Mould of South Africa. 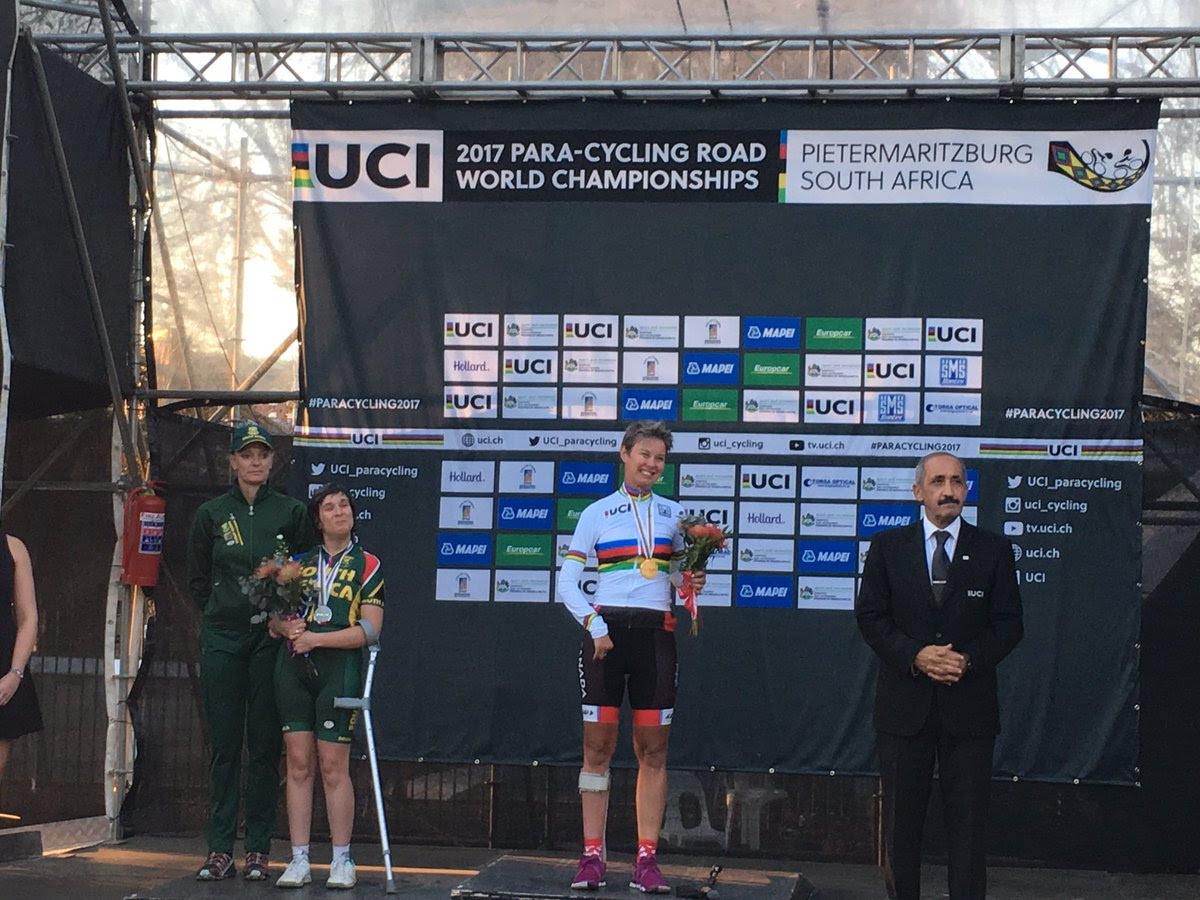 The only other Canadians competing on this third day of the world championships were in the men’s H3 60.7 kilometre race, where Charles Moreau of Victoriaville, Quebec, finished seventh, Alex Hyndman of Morpeth, Ontario, was tenth and Joey Desjardins of Hawksbury, Ontario, was 14th. Moreau was with the winning break until he suffered a mechanical problem.