Emmen, Netherlands (July 9, 2018) – Canada had an extremely successful weekend at Round 2 of the UCI Para-cycling Road World Cup in Emmen, Netherlands, winning a total of six medals, including four gold, and finishing the event ranked fifth among nations.

Three riders won races in their classifications, with world champion Shelley Gautier of Toronto winning both the time trial and road race in the women’s T1 category, and finishing the weekend with the World Cup leader’s jersey. Other gold medal winners were Charles Moreau of Victoriaville, Quebec, in the men’s H3 time trial, and world champion Michael Sametz of Calgary, Alberta, in the men’s C3 time trial. Moreau also leads the World Cup standings in his division after Emmen. At the event, Sametz rode the same distance as the higher class C4 and C5 athletes, and his time would have won the C4 class as well as finishing fourth in the C5 class. 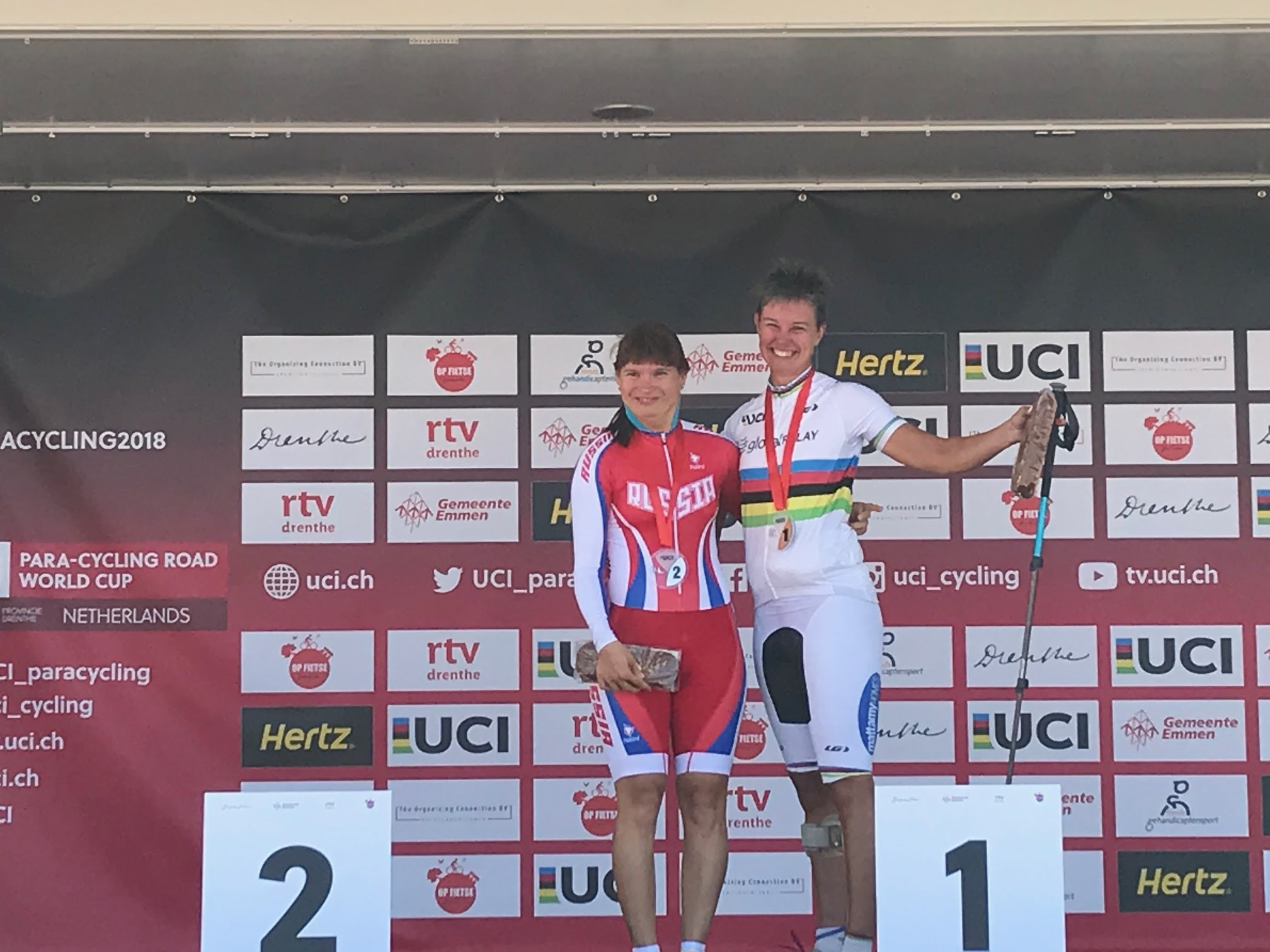 “Friday was a great race,” said Moreau, “I wasn’t expecting to win, with the contenders that were here, but I was definitely aiming for the podium. The course wasn’t too technical and I managed my effort well. This was a good chance to see where the other racers are at before the world championships, so I have good expectations as we get ready for Worlds in Italy.”

“We are very pleased with the results we had here,” said Sebastien Travers, National Para-cycling Coach. “The first goal was adding to our points from the first World Cup in Belgium and we are now in second place in the Americas, behind the United States. In terms of Paralympic qualifications [for Tokyo 2020], this is a very good situation for us. I’m also very proud of our high performance athletes, who delivered excellent performances, led by Shelley Gautier, who leaves this World Cup with the leader’s jersey, as does Charles Moreau, who won his time trial and is also the World Cup leader. We are looking forward to the next event, which will be the world championships at the beginning of August in Italy.”

About Cycling Canada
Cycling Canada is the governing body for competitive cycling in Canada. Founded in 1882, Cycling Canada aims to create and sustain an effective system that develops talented Canadian cyclists to achieve Olympic, Paralympic, and World Championship medal performances. With the vision of being a leading competitive cycling nation by 2020 celebrating enhanced international success, increased national participation and world class event hosting, Cycling Canada manages the High Performance team, hosts national and international events and administers programs to promote and grow cycling across the country. Cycling Canada programs are made possible through the support of its valued corporate partners – Global Relay, Lexus Canada, Mattamy Homes, Louis Garneau, lululemon, 4iiii, Argon18 and Bear Mountain Resort – along with the Government of Canada, Own The Podium, the Canadian Olympic Committee and the Canadian Paralympic Committee.